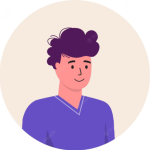 Adobe Flash Player is a software that is used to play audio, video, and other multimedia files and Rich Internet Applications (RIA), which is a web application containing the characteristics of a computer application software. Adobe Flash Player can be downloaded for all major operating systems like Windows, Mac, Unix, Linux, and Solaris. Flash player was even used as a plugin in all browsers like Chrome, Mozilla Firefox, Safari, Microsoft Edge, Opera, etc. However, Adobe discontinued the Flash Player services on 31st December 2021.

Adobe Flash Player was one of the widely used players used to stream multimedia, web applications and SWF files. SWF files are the file format in which the files developed in Adobe Flash were saved. These files contain audio, video, animations and other user interactive components, like animation; which can be played by Adobe Flash Player only. Because of the same reason, many applications on the internet using advanced animations are supported and streamed by this software.

Several file formats that were supported by Adobe flash player include XML, AMF, JSON, and SWF. Also, Mp3, JPEG, GIF, PNG, RTMP, FLV, etc. are some multimedia file formats that can be streamed using this software.

Adobe Flash Player has a very large user base, which mainly includes the users between the 10-20 age group, who use it to play flash games. It had made the gaming, animation and several elements of graphical user interface accessible to end-users.

Despite its popularity and extensive usage, Adobe Flash Player was discontinued on 31st December 2020 and is no longer downloadable.

The Best Apps and Tools for Gaming on Your Mac