Formula 1, Sebastian Vettel: No One Will Remember Me 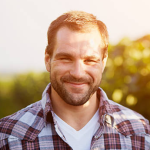 On the brink of Formula 1 retirement: Sebastian Vettel on the fear of being forgotten, his egoism, Fernando Alonso, and failure at Aston Martin.

Sebastian Vettel is on his farewell tour, with four races to go until his racing retirement. Take advantage of an online casino and bet on the last race of the king or his followers. Four consecutive world championship titles, youngest world champion of all time: Sebastian Vettel’s record list is long. Why no one will remember him despite this, and what does the Queen’s death has to do with it?

“You will only be remembered until the last person who remembers you is dead,” Sebastian Vettel waxed philosophical right at the start of his in-house interview for Aston Martin’s Uncut’. “Someone told me that once.” To the youngest world champion ever, who drove the premier class into the ground for four years? Hard to imagine, and yet the German is convinced of it. “There will be a point when no one remembers me. Nothing lasts forever.”

“Great Britain now has a new king. But this is not the first King Charles, there were two others before that,” Sebastian Vettel draws a comparison to the British line of succession in defense of his bold statement. “Can anyone still remember them?” History fans certainly do; likewise, Vettel fans will probably think of their idol for a long time to come. Charles II, by the way, was known among other things for being such an ugly child and then dying in the end without heirs.

With three children, at least that can’t happen to Sebastian Vettel. But for the 35-year-old, being forgotten isn’t so bad: “People can decide for themselves whether they remember me. If they don’t, I’m not offended either,” says the Heppenheimer. “It’s also not important to me how people remember me.” Exception: Vettel would like to be remembered for his friendliness in dealing with people.

Vettel’s Recipe for Success: Hanging Out with Old People

As retirement approaches, Sebastian Vettel takes another nostalgic look back at his career: “I had to grow up earlier than my friends. I took my racing career very seriously, which meant I had a lot to do with adults.” That would have had a big impact on him back then, especially at the age of 19. “I spent a lot of time with 30-, 40-, or 50-year-olds,” Vettel recounts of his youth. “Hanging out with old people wasn’t somehow stupid or boring, though. It just forced me to mature early.”